Team registration is open for the new-look 2021 Ball Out 3x3 Tour.

‘Ball Out 3x3 in partnership with Basketball England’ will feature eight qualifying events across the country during summer, culminating in two days of finals in London.

Ball Out will return to the capital, Manchester and Birmingham – with new editions of the tour taking place in Newcastle, Leicester, Leeds and Essex for the first time. 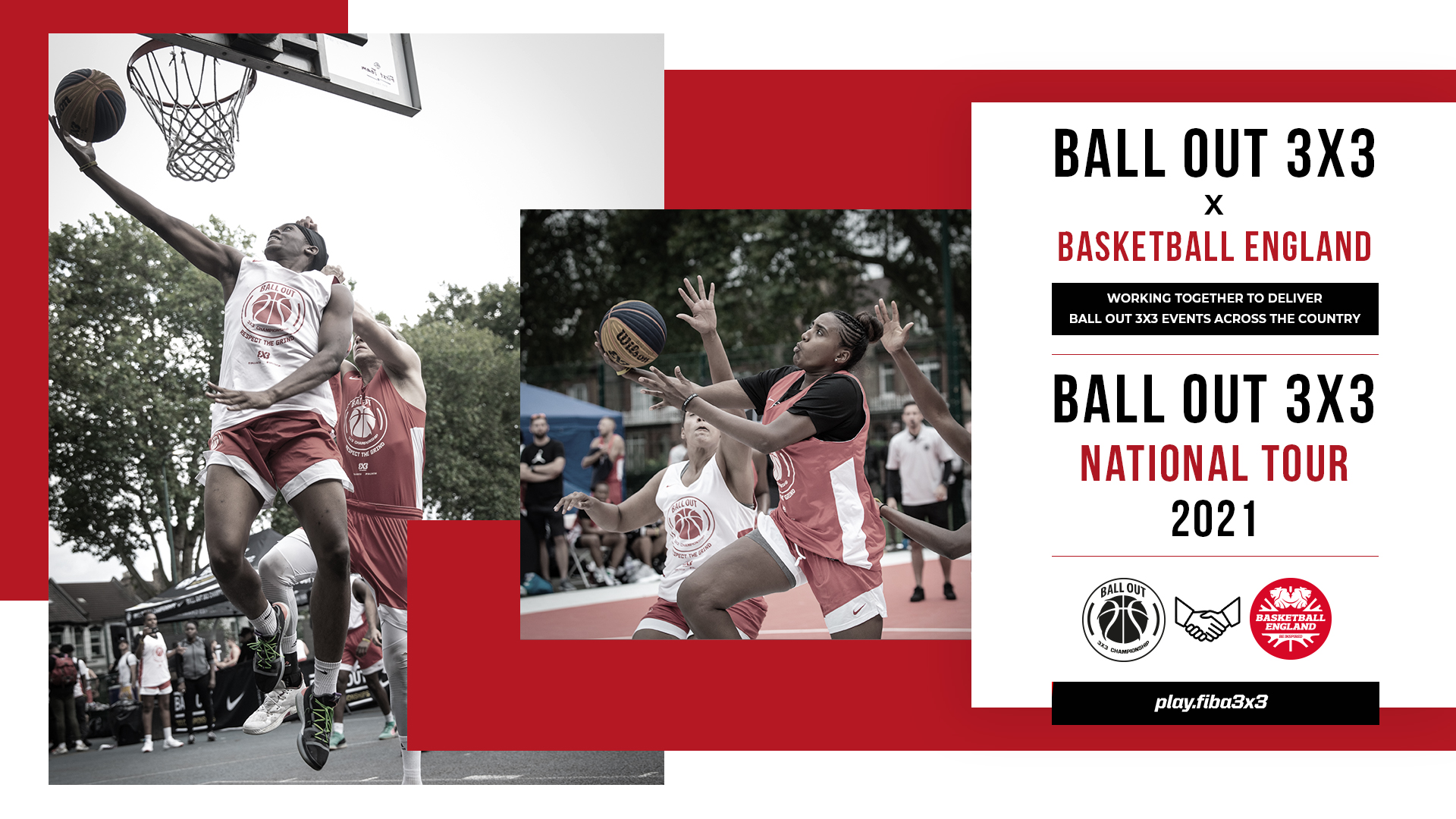 find out more about 3x3 here

And elite players – including professionals from the BBL, NBL and beyond – will be invited to showcase their skills, with Basketball England using the tournament as part of preparation for selecting the England men’s and women’s 3x3 teams to compete at Birmingham 2022.

All team members entering Ball Out must create a FIBA 3x3 profile at play.fiba3x3.com before registering - it only takes two minutes.

This enables you to:

FIBA3x3 has created a worldwide sports community through a network of hundreds of organisers, thousands of tournaments and millions of players. The online community play.fiba3x3.com interconnects all of these thanks to the latest digital technology.

Members with FIBA 3x3 profiles can interact using their computers or mobile phones via play.fiba3x3.com that allows them to team-up with other players nearby, register for tournaments and record results of their games.

The more ballers play, the better their chances are of improving this indicator, increasing the number of games played on the courts and playgrounds everywhere, and absorbing an ever-growing number of play.fiba3x3.com members.

Basketball England recruiting to spark the bounce back from COVID-19