The weeks are ticking down until the end of 2021, but there's still time to look back at some of the best performances from last weekend.

As a writer, commentator, podcaster and more, FocusHoops' Darren Paul only had three games to look over in week 10 but there were still plenty of high quality outings from players across the league. 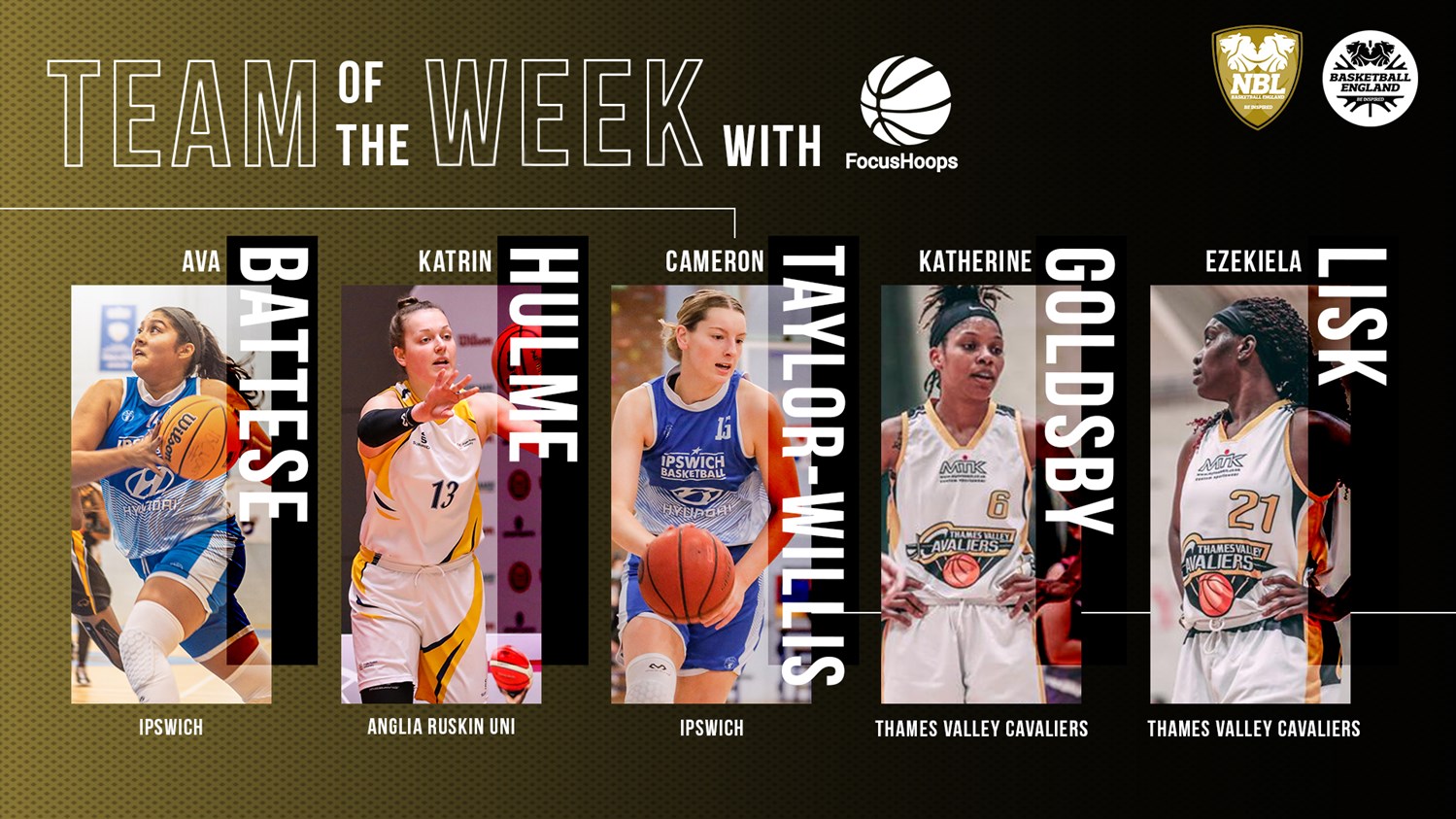 Battese was on a mission this weekend as Ipswich saw off Reading 77-53.

With a huge double-double effort, the talented guard led all scorers by some distance as she dropped an eye-catching 41 points whilst tying for a game-high in rebounds with team-mate Cameron Taylor Willis.

Whilst the impressive point and rebound numbers clearly jump out of the box score, Battese shot a solid 15-28 (53%) from the floor, and enjoyed a +/- of 22.

If the young guard can keep this kind of form going, Ipswich will be looking forward to a lot more Ws in 2022.

🔥 | Ava Battese (@30likecurry_) put in a HUGE performance for @IpswichBball in their @NBLengland D1 victory!

The ever-present Kat Hulme was at it once again this week, helping ARU past London Lions II.

Despite the London side's struggles, they pushed Ruskin all the way in this one and it took a captain's performance to get the visitors over the line.

With 21 rebounds, Hulme controlled the glass throughout and her nine offensive boards also allowed ARU to win the second chance point battle 14-2.

Her 2-17 shooting afternoon put a blemish on her Player of the Week potential, but this was still a performance worthy of a spot in this week's five.

Thames Valley sent a message to the rest of D1W this weekend as they beat a strong Solent team 82-74, signalling their top four aspirations in the process.

As is often the case, Katherine Goldsby was at the heart of everything TVC did, enjoying a team-high 20 points on 6-12 shooting.

Adding a triple to a trio of rebounds and a pair of assists, it was a solid all-round effort as the Cavs picked up a win to start what could be a profitable home stand over the coming weeks.

With one of the highest efficiency performances of the weekend, CWT booked yet another place in the WNBL Team of the Week.

Her 14 points were only eclipsed by 15 rebounds as Taylor-Willis and POTW Ava Battese helped Ipswich control the glass against the Rockets.

It's no surprise to see the Ipswich standout in the league's top three for efficiency and rebounds per game as we approach the season's half-way stage, she's been as good as ever in 2021/22.

With the Cavs sealing a big win on Saturday, it's no surprise to see a double up in their TOTW selections.

Ezekiela Lisk has gone from strength to strength this season and helped seal a W against Solent as she battled forwards Detti Balla and Molly Danielson down low.

Coming up with six rebounds at both ends of the court, Lisk did a lot of things right as she shot 50% from the floor (5-10).

Fouled twice, she was also spotless from the line (4-4) to cap a great afternoon's work.

Thames Valley Are HEating Up

The Cavs picked up their fifth win of the season on Saturday and their fourth in a row since a narrow 55-53 loss against still unbeaten league-leaders CoLA in mid-October.

More impressively, three of those recent wins have come on the road. TVC now embark on a lengthy home stand with tilts against London Lions II this weekend then Ipswich, Nottingham Trent and CoLA in January.

Those fixtures could go a long way to defining Thames Valley's season, but right now they're one of the hottest team's in the division.

No doubt London Lions II will be ruing letting their opportunity to beat Anglia Ruskin slip away this past weekend, but they can take plenty of positives from their performance.

The Lions lost the final five minutes of the opening quarter 13-3. Without that run, this one could have turned out very differently. The fact the coach Lavinier's side bounced back to take the second frame 16-7 shows the resilience within the East London programme as well.

Young forward Tinu Fakunle had one of her best games of the season to score 21 points, and her 18 efficiency in the three point loss was impressive.

Team mate Fatmata Janneh has been enjoying a breakout season, and although she wasn't at her best in this one, she could form a formidable duo with Fakunle in 2022.