For the first time in 2021, FocusHoops' Darren Paul is back to look over the WNBL to select another Team of the Week. 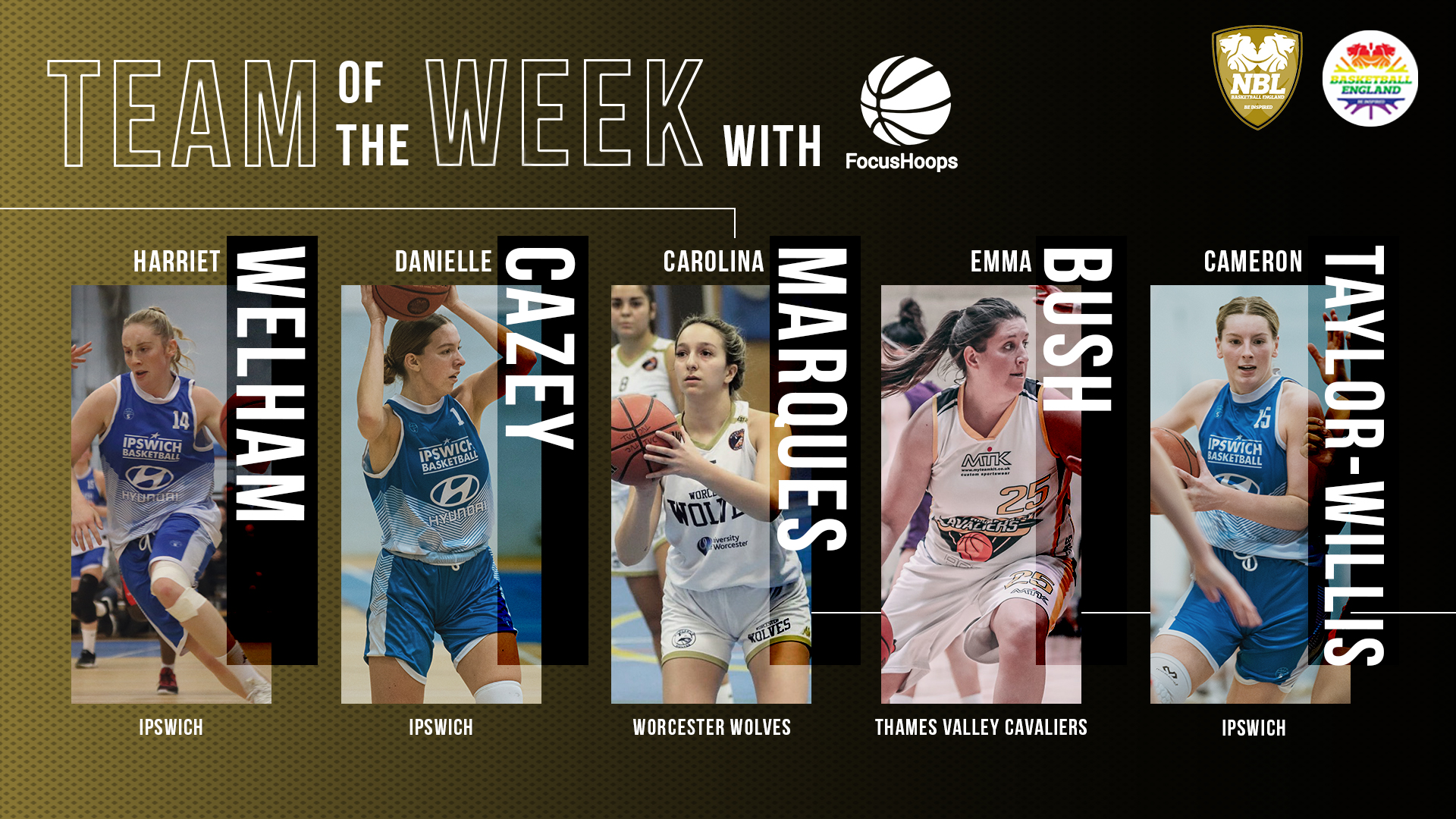 The reigning league MVP heads the FocusHoops WNBL D1’s first Team of the Week of 2021 as she led all scorers this weekend with 31 points, seven rebounds and six assists, complemented with three steals as the Ipswich side she captains overcame a spirited Reading Rockets.

The all action scorer once one again a force to be reckoned hitting 57% from the field and going 6/9 at the line. Reading had a tough time containing Welham as she drew six fouls and finished with a game high +29.

Danielle Cazey is a player who goes from strength to strength. The Ipswich mainstay continues to cause chaos for opposition sides as she bagged 25 points and four steals on her way to victory over Reading.

Whilst Cazey struggled at the line she poured it in from the field going 4-5 from inside the arc and an impressive 5-9 from beyond it. Cazey stayed disciplined in the win committing just one foul which getting sent to the line seven times.

The ever-impressive Carolina Marques once again showed why she has been a frequent Team of the Week member this season with a huge 25-7 performance with an incredible seven steals this weekend in Worcester’s loss to Thames Valley.

The Portguese star had the highest Index of anyone on the floor on Saturday, and throughout the game her leadership, determination and smooth scoring touch shone through.

Emma Bush led by example in Thames Valley’s win over the impressive Worcester Wolves on Saturday with a 12-8 performance off the bench. Bush has been a crucial player for TVC and this weekend was no different.

Bush’s game is mature and controlled, and this is reflected in her foul counts, drawing three whilst only committing one foul and making the most of it going perfect at the line. Bush had the highest plus/minus of the game with +12 whilst hitting 50% from the floor.

CTW continues to impress this season with another solid performance for Ipswich. The young forward finished with a fantastic +28 hinting at their impact on the game, and gave up the ball just twice.

Taylor-Willis did all the things you expect from a burgeoning star, with an impressive three offensive boards, smart cuts to the basket and two steals whilst making three trips to the line.

Thames Valley Cavaliers got their first win of the 2020-21 season with an impressive team victory over the Worcester Wolves. TVC moved the ball well and shot more efficiently of the two sides in the win and made hay on the fast break with 16 points coming from it. Hopefully this win will be a catalyst to further success this season.

Return To Play: Basketball is back for everyone!