With the National Cup set to kick start the 2018/19 NBL season this weekend, the dream of potential silverware is still alive for every team in the competition. Few outside of Suffolk believed that WNBL Division 2 Ipswich’s fairy-tale could come true last season, but they etched their name into the history books after a number of outstanding performances. Hemel Storm also claimed National Cup success, lifting the trophy on the Men’s side as a worthy reward after a strong run to the Final.

“At the first home game following our victory we were able to parade the Cup to our fans who gave us a standing ovation. That made the whole thing worthwhile,” said Hemel’s Head Coach Robert Youngblood when discussing last season’s success. Cup-winning Storm Captain Bode Adeluola echoed his coach’s sentiments, “We'd been working towards becoming a consistent national contender since we won promotion to Division One (in 2011/12) so it was a huge step forward for us last season. I think for everyone involved at Storm it was a great reward to see the guys lift the Cup.”

Harriet Welham took the Cup Final MVP honours for Ipswich as they upset the form book to defeat WNBL Division 1 leaders Essex Blades with a thrilling comeback. Despite the success, her team tried to keep their win on the back burner, for a while at least, “We celebrated as a team with our families after the game, but the following day we were back on the court preparing for the next game. The celebrations really started after the season!” 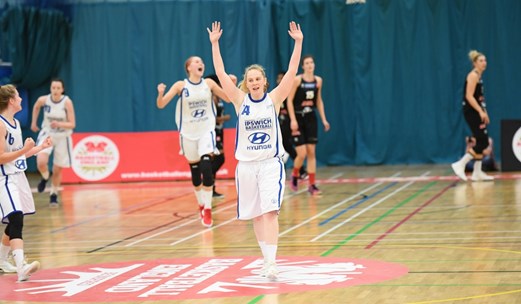 Welham celebrates at the buzzer after winning the National Cup.

Neither side really set their sights on Cup success during pre-season, but as they progressed and the rounds started to tick down, the potential for silverware in a competition that originally began all the way back in the 1930’s came more sharply into focus.

“We knew going into the season that we were likely to be very strong in league competition. We had several junior internationals and a few seniors that had developed through the club pathway and have played at a high level,” said Welham, who’s Ipswich side secured promotion to WNBL Division 1 at the end of the campaign. “The Cup was always something we had an eye on – we wanted to see how good we really were, and knew the best measure for that would be the National Cup. We didn’t talk about winning it until we won the Semi Final though.”

“We want to win every title that we can. We didn't particularly target the Cup last year but as we progressed through the competition it became a mission and our preparations in the later rounds had an edge to them” said Youngblood, who guided Hemel to 7th in the NBL Division One standings last year during his first season at the helm. “The Final itself was like playing a home game with all of the fantastic support we had at the venue. The guys peaked at just the right time behind an outstanding individual performance from AJ (Roberts).” 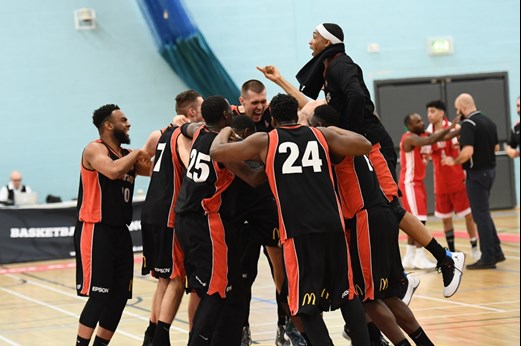 For both Ipswich and Hemel, the start of this year’s competition still contains the same aim as the other 98 teams entering this year’s National Cup. “Can we repeat? No question!” stated Youngblood with a smile. “We're not a veteran-based squad like last year and the balance in this year's team is different but you can be sure that whatever it takes we'll be fighting for more silverware.”

Welham and her team mates know that regardless of what happens this time round, nothing can take away the memories they made last January, “For one season, as a group of players that have grown up together, we had a perfect season – and the National Cup Final was the highlight. Can we repeat our success this season? Why not!”

Basketball England on the look-out for talented video editors!