The NBL action keeps on coming at an impressive pace, with eight league games this weekend to go with both L Lynch Trophy semi-finals.

We take a look at all the weekend's games below, with links to live stats and live streams at the bottom of the page.

The Cavs are hot off a 122-49 dismantling of Nottingham Hoods last weekend, their third win in a row.

Essex also beat Nottingham two weeks ago before knocking off Worthing 94-69 last weekend, thanks in part to 19 point, 14 rebound double-double from Sam Newman.

The Rebels rank tied second for transition offence this season, thanks in part to explosive guard play from Newman, Tom Child, Jordan Gray, plus brothers Rory and Ben Winter.

The D1M debutants enjoyed a 24-2 advantage in fast break points last weekend against Thunder, so expect coach Norfolk's side to try and stretch the Cavs where possible.

Add in the likes of Blayne Freckleton, Lewis Champion plus Bernard Hehetro and TVC have plenty of ways to win this one tomorrow.

Derby started the season brightly but back-to-back defeats to Thames Valley and Hemel have pegged the Midlands side back in recent weeks. Playing a Lions team that have lost six in a row could prove to be a solid tonic, however.

With relegation already ruled out for any side this season, the league's bottom two teams don't have that issue looming over them, but both teams still have plenty to play for as they develop young rosters.

Nottingham's Victor Olarerin remains the side's top offensive option, whilst guards Kane Daley and Toby Gastaldi-Davies both made it to double digit scoring in the Wolves' 101-74 midweek loss to Loughborough.

The Yorkshire side also lost out to the Kestrels last weekend as the South coast outfit enjoyed a successful double-header, but the Dragons' 5-5 record has still allowed them to stay in the hunt for a post-season spot.

At this stage, it appears a tough ask for any NBL side to knock the Kestrels off their perch, considering they now have an unbeaten streak that stretches over the 50 game mark.

That said, Reading's O'Showen Williams is a top 10 player for points, assists and steals and the American guard can be a handful for any side.

Few sides are hotter than the Warriors right now, who have pulled off three straight wins since the arrival of former BBL forward Mo Williams.

Four of Leicester's next five games are also against sides in the bottom half of the standings, suggesting their good form could continue for a while longer yet.

BA London Lions and Oaklands Wolves both conclude their double-header weekends as they meet in London, with both sides looking to pull away from the bottom three.

The weekend closes with Reading's game against Team Newcastle University (9-3), with the North East side winning seven of their last eight contests.

The 78-53 victory over Reading last Saturday saw trio Ronald Blain, Brandon Federici and David Moya all make it to double digits scoring, and all three will look to keep their good form going in this one.

The semi-finals of the L Lynch Trophy are upon us, starting with Team Solent Kestrels against Worthing Thunder on Sunday afternoon.

The Thunder have shown an uptick in form recently, going 2-2 in their last four, but it's hard to look past Solent as anything other than heavy favourites here.

92-79 winners when these teams met in the Midlands in January, Thames Valley will no doubt fancy their chances of a repeat result here if they stick to their game plan.

That said, the Riders are a quality team that is somewhat hidden by their 5-9 league record, considering five of those losses have come by three points or less. 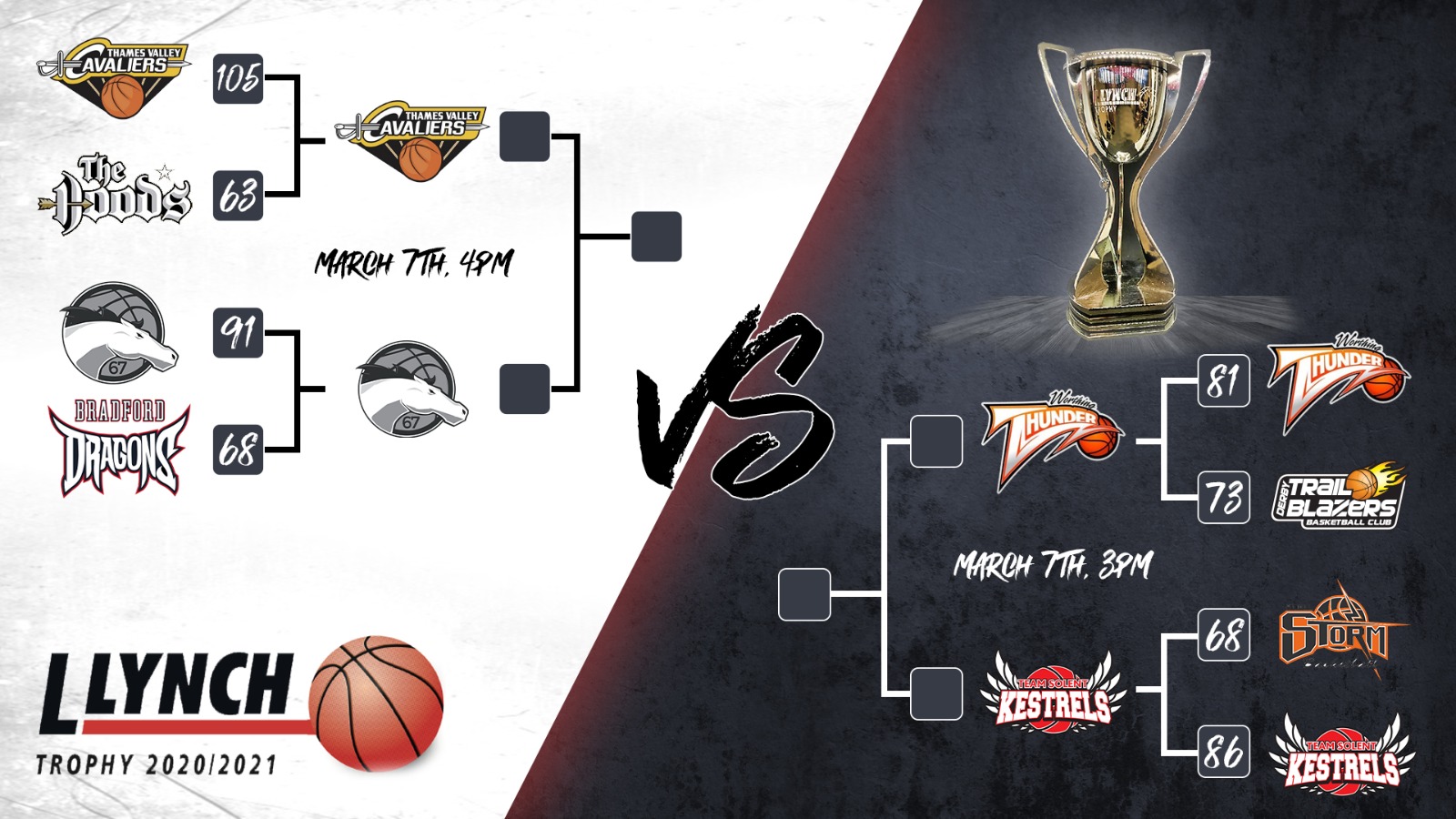