Chris, a content producer, YouTube host and commentator, casts his eye over the final weekend of the NBL regular season as Team Solent Kestrels sealed their third straight league title. 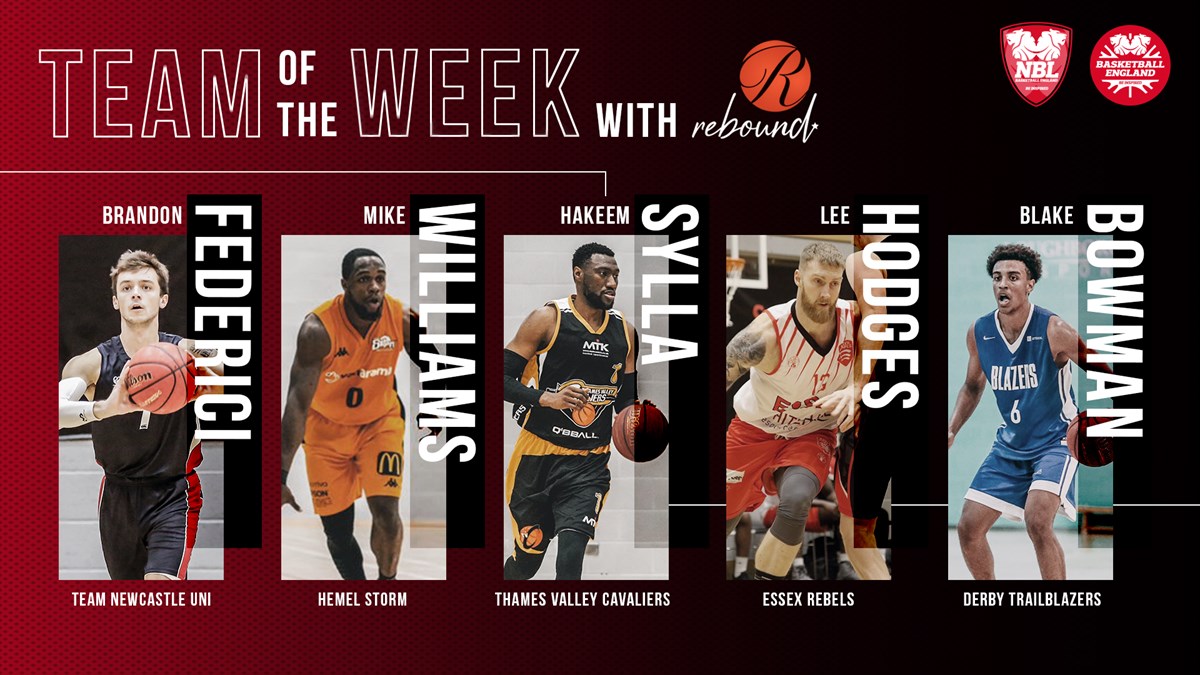 You would be forgiven for losing count of how many times this season that Brandon Federici has made a game winning shot. This weekend against Bradford, Federici was left open with seven tenths of a second left and netted a corner three to call game.

Best shooter i’ve ever played with hands down ! https://t.co/EKgfZWoNAR

The sharp shooting guard made five of his 10 triples to tie with team-mate Blain as the duo led all scorers with 25 points.

Federici also helped heavily on the defensive end with a game high of five steals, allowing Newcastle to seal an exciting win as they head into the post season and a home tie against Leicester Warriors.

Brandon Federici's triple on the buzzer earned himself and Newcastle a final day W and Player of the Week 👑 pic.twitter.com/vdUYd5EA83

One of the top scoring performances of the weekend came against one of the league’s best sides as former Rutgers’ star Mike Williams put on a show against second place Thames Valley Cavaliers.

Williams’ 10 points in the fourth quarter contributed to the game going to overtime, though Storm would eventually come out second best in the extra frame.

The US import is looking in top form with the post-season set to begin. Hemel start their playoff campaign against #14 seed Nottingham Hoods, moving on to play the winner of Essex and Bradford in the quarter finals should they win.

Hakeem Sylla posted a monster 24-point 17-rebound performance this weekend, a usual output for the NBL Player of the Year candidate.

The walking double-double was pivotal in helping the Cavs in their overtime period against Hemel, with one free throw plus a dunk that heavily contributed to the W.

Sylla raced to six points and six rebounds in the first quarter alone as TVC built an early lead, Sylla’s rebounding also led to many second chance opportunities in a close contest.

Lee Hodges put in back-to-back performances to help Essex get two wins on the final weekend of regular season, elevating the Rebels to sixth place and a home tie vs Bradford to open the playoffs..

In Saturday’s game in Reading, Hodges was dominant under the basket as he lived in the paint to churn out highlight dunks across a highly efficient performance.

On Sunday against the three-time NBL D1 champions Solent, Essex got the surprise win. The Kestrels did field a weaker line up but still managed to keep the game close.

Hodges’ four blocks also put him head and shoulders above his teammates on defence, an easy feat for the towering centre!

A week which saw the champions retain their crown, as the king led the charge 👑

The young forward put in a mature performance, leading all players in steals with four. Bowman also shot the ball efficiently, especially compared with other volume shooters in the contest.

I have mentioned in the past that Bowman’s shooting role has changed slightly as the season has progressed, with the young star being trusted to shoot more from 3-point range.

This weekend his trey ball did not look out of place alongside the established long range shooters of Josh Guddemi, Greg Wild and Joe Bielak.

Credit to Newcastle and Essex Rebels who week in, week out, play an exciting brand of team basketball.

Both have had an amazing season following promotion from D2 in 2019/20. The pair matched the fifth and sixth place finishes by Solent and Loughborough in their debut topflight seasons.

Newcastle have consistently found ways to win games while trailing, making the final few minutes of each contest exciting for neutrals.

Essex's achievements also require praise, especially considering their lack of import players. The Rebels play an exciting brand of basketball and often live and die on their perimeter shooting, making them another fun side to watch.

Get out of the way.
🎥 Rockets pic.twitter.com/TdguX3CzEr

THAMES VALLEY CAVALIERS GET AN OT WIN Ahead of the Playoffs

Thames Valley Cavaliers kept Hemel Storm to two points in OT, winning the extra period 8-2 in their preparations for the playoffs. Avoiding any lower seed upsets, these two teams will meet again in the semi finals.

The starting guards for TVC all had good games. Former Team Northumbria stars Blayne Freckleton and Lewis Champion both shot the ball well, making 40 FG% each and Player of the Year Taylor Johnson made half the shots he took.

The only blight on this weekend’s win for the Cavs was a low 20 3P% across the team. Otherwise, it was a good performance on the road.