Chris, a content producer, YouTube host and commentator, casts his eye over the first round of the playoff games involving the NBL Division One teams involved in the post season. 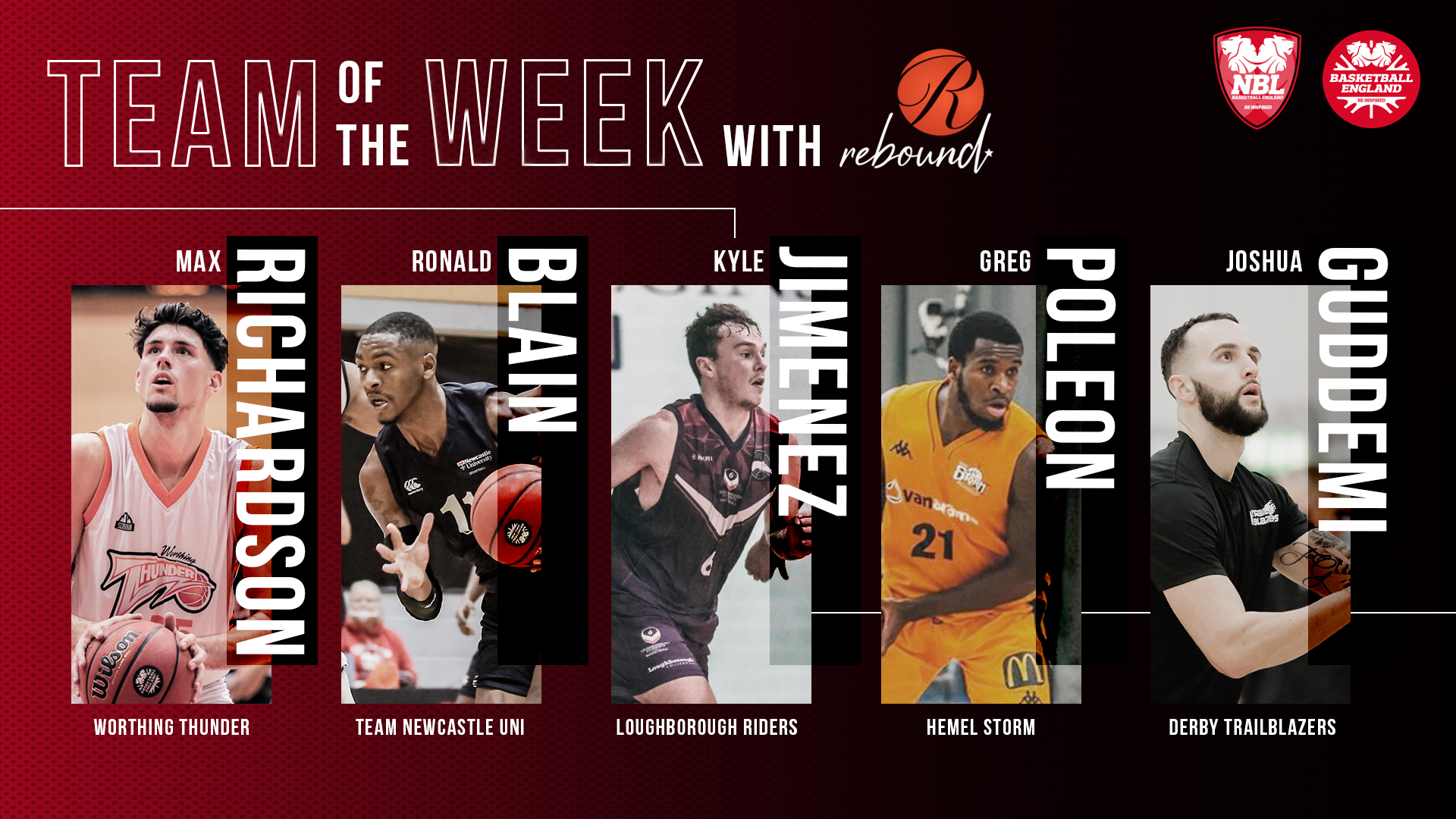 Max Richardson put on a Player of the Week performance as part of an impressive Worthing team performance.

The former Loughborough Riders star was impressive in the paint allowing the guards spacing to get to work from range with an impressive double-double performance.

Richardson was everywhere for his side in an evenly matched game as he contributed across the board.

✅ Round One W
✅ Player of the Week

Ronald Blain led Newcastle with 26 points to ensure they advanced past round one in the 10-point win. He was part of a side that out rebounded Leicester and kept them to four secon- chance points.

The former Hawaii Pacific star was dominant in Newcastle’s biggest 17-0 run going on an uninterrupted 11-0 scoring run. He didn’t just shoot like a black ops navy seal operative, he also showcased his full repertoire with a dunk, a range of two-pointers and a three.

In any other week he would likely have won the NBL’s ‘Player of the Week’ with only the slightly more close-run nature of the Thunder vs Barling game denying him.

The regular-season assist king showed no let-up in round one of the playoffs.

A clash with Reading had added significance on an individual level with Jimenez up against former teammate Reiss Pinnock. The latter is one of the best defensive guards in the league and was part of a collective struggled to keep Mr Triple-double under 20 points.

Jimenez was the most fouled player on either side with the Rockets clearly trying to stop the playmaker getting hot or making easy passes. The Scot had an almost perfect 5-6 record from the charity stripe

Greg Poleon continued his regular-season form into the post-season. The former Pace University man is one of the toughest covers in the league.

It was always going to be a tough game for #14 seeds Nottingham, especially with Greg Poleon and Hemel in form. Poleon took the opportunity to almost get his first triple-double of the season.

He got to 18 points efficiently and in style, shooting the lights out and made 8/10 field attempts, including a 3-pointer.

The sharp shooter was in sniper mode this weekend as Derby packed Oaklands’ bags for them in the 105-77 first round win.

The margin of victory was in part due to Guddemi’s 5/9 from three-point range and two individual NBA 2K green-light scoring runs either side of half-time.

In both runs, he only missed a and one free throw. Guddemi’s individual 8-0 run before half time gave his side the momentum to go on their largest run (12-0). Guddemi would also start the 3rd quarter with an individual 7-0 run.

BRADFORD DRAGONS ON FIRE AND ADVANCE TO THE QUARTER-FINALS

The game of the first round as evenly matched Essex Rebels and Bradford locked horns in a fast tempo clash in Essex. The visitors were the only side to make a positional upset in round one.

Bradford put on a great performance even though they came into this game without rookie and star Great Osobor.

Bradford’s rotations this season have changed numerous times but this did not stop them getting the W.

Honourable mentions to Jermayne Laing who was on fire shooting 5-6 FGM. Veteran Ricky Fetske also got double figures off the bench to help the cause.

These two teams have met before in a win or go home game, and again Thunder got the W to advance.

Worthing hit 39% of their three-point attempts. Zaire Taylor made some from almost in the car park! Ishmael Fontaine also shot well, with the pair contributing 10 of Thunder’s 13 threes.

What really impressed with Worthing’s performance was the defensive energy from Zaire and co.