Chris, a content producer, YouTube host and commentator, had the Halloween weekend to look through six D1M games, including Solent's win over Worthing and Reading beating Loughborough, plus the L Lynch Trophy quarter-final as Derby beat Nottingham last Thursday. 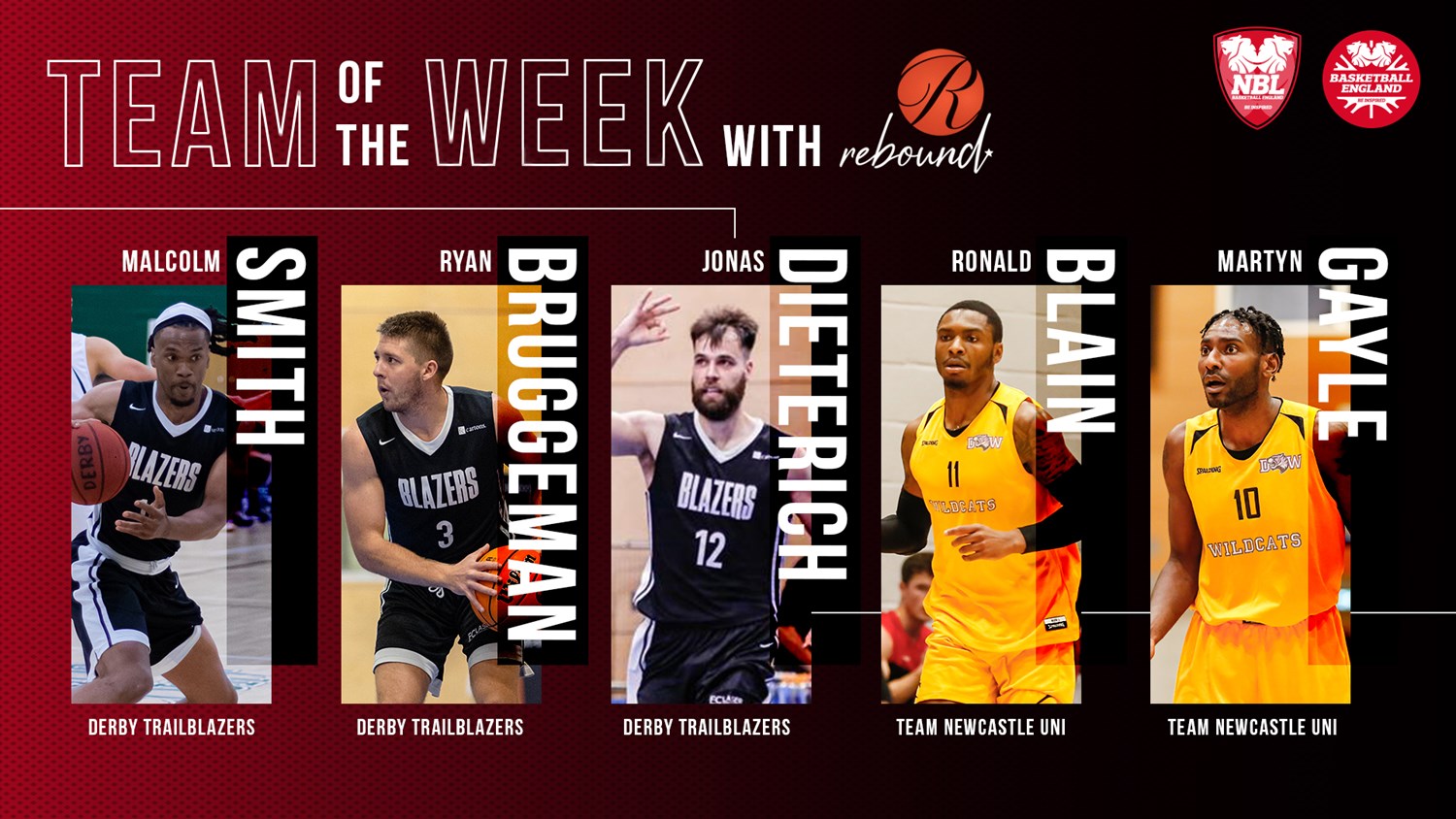 Malcolm Smith put in two ‘Player Of The Week’ performances in just a few days, with both performances coming on the road against title-contending sides. In both games, Smith racked up 18 first-half points to help his side give a fright to the opposition with early leads.

In Saturday’s clash at Hemel, Smith wasn't spooked at the line either as he was fouled a game-high nine times, making 9-11 from the stripe.

👑 Malcolm Smith helps Derby get the job done on the road at Hemel and takes the Player of the Week crown!#GameTime | #NBL2122 pic.twitter.com/wbrletpIcf

The playmaking guard has really impressed me early in his NBL career, tricking the defence multiple times this week and treated his team mates with seven dimes across the two contests against Nottingham and Hemel.

Bruggeman is a tough guard to stop on the scoreboard, evidenced by the American posting an almost identical field goal percentage (62% and 56%) in both games.

The former Southwest Minnesota State star continually shows he can shoot both from outside and closer to the rim. The efficient shooting performances also opens up space for others, with his team mates taking advantage in two valuable wins.

It was a performance worthy of a ‘Player Of The Week’ gong in the L Lynch Trophy for the former Loughborough man.

Dieterich played okay on Saturday against Hemel but it was his performance midweek that really impressed me. The forward posted an NBA like stat line from range, making seven of his 10 attempts.

A game high 10 defensive rebounds plus three steals really disrupted the opposition as Derby kept Nottingham to only four second chance points. He also made them pay by recording 13 points from turnovers.

Derby Trailblazers (3-2) did the unthinkable and kept multi-Player of the Week winner Taylor Johnson in check as they beat Hemel Storm (4-1) 94-73.

It was always going to be a tough day for Oaklands against a talented Newcastle side, and that proved to be the case with a 100-68 final score.

Ronald Blain really impressed me with his all round game as he led his team in both steals and blocks in the 32-point win.

The premier shooter once again showed his offensive prowess as he gave the Wolves nightmares, shooting efficiently even under heavy contact as the former Hawaii Pacific forward was fouled a game-high nine times.

The addition of Gayle to Newcastle’s roster adds floor spacing and another high powered offensive option. The former BBL man's shooting inside and out caused real problems as he was one of three players to net 24 or more points.

The win also came without the help of the dangerous Brandon Federici who missed the contest, making it all the more impressive.

Derby Trailblazers probably had one of their toughest weeks of the season with two road games against difficult opponents.

Derby are a tough side for any outfit in the NBL and again took care of business to advance in the L Lynch Trophy and also to chase down one of the remaining unbeaten sides in the NBL in Hemel.

It was another double header weekend on the South coast but Solent got through both games with ease, recording a 25-point D1M win versus Worthing and a 108-34 National Cup victory against Swindon.

In both games, multiple players notched nine points or more as the scoring was shared around well. Andre Arissol was a leader in both contests with 16 points in each.

Sunday’s game was one where the three-peat champs could turn on the style with D3 Swindon averaging six turnovers a quarter, allowing the hosts multiple uncontested runs to the basket that ended with plenty of highlight plays.