One of London's most recognisable venues has been adapted to help Lambeth Council's response to the Coronavirus pandemic.

Both the Regal and Jordan Courts have been transformed into a temporary storage, sorting and distribution centre to organise and deliver care packages to vulnerable local residents.

The Black Prince Trust (BPT, who manage the courts as part of a community hub in the area) are working alongside the local council's COVID-19 response team, Brixton People's Kitchen, Lambeth Borough Council volunteers and Pedal Me to provide key support, home essentials and food to approximately 2,000 homes in need.

"Both the Regal and Jordan Courts are being put to great use to support so many individuals and families during the lock down. This pandemic is bigger than basketball and the support we're offering leads the way in evidencing how basketball facilities can play their part in supporting the whole community”. 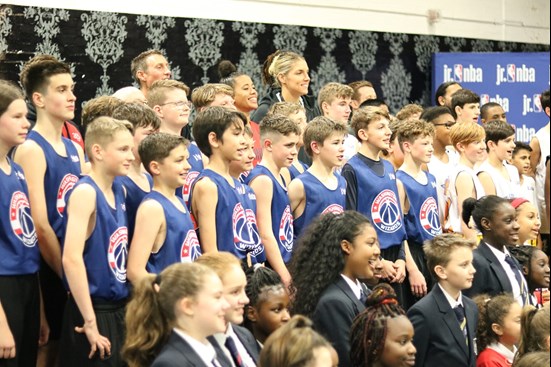 Staff and volunteers spent a frantic few days preparing the site for the operation, including covering and protecting the iconic basketball courts, which were recently refurbished by BPT basketball partner Nike, who has shown tremendous support during this time.

The Regal has been a familiar fixture as part of Basketball England's Jr. NBA programme, hosting a star-studded event in 2019 that included former NBA players Caron Butler and Latrell Sprewell, plus WNBA All-Star and Olympic Gold medallist Elena Delle Donne (pictured above).

Despite basketball taking a seat on the bench for the foreseeable future, it hasn't stop the courts from continuing their contribution to the local community.

Find out more about the Black Prince Trust