Basketball England will again partner with the British Basketball Federation this summer to prepare for Team England’s 3x3 mission at the Commonwealth Games.

Great Britain men's and women's teams will be entered, as they were last year, into the prestigious FIBA 3x3 Europe Cup Qualifiers in June, 2022.

Men's and women's teams will again be made up of prospective Team England players in preparation for the debut of the short-sided game at Birmingham 2022 the following month, as well as GB’s drive towards the 2024 Paris Olympics, where 3x3 will also feature.

Basketball England's #GameTime campaign will profile and support Team England on their journey to the Games, showcasing the players as inspirational role models in the drive to grow basketball at all levels.

GB, ranked 28 in the world, will be part of a qualifying tournament in Constanta, Romania on 4-5 June. Details about who they could face can be found below. 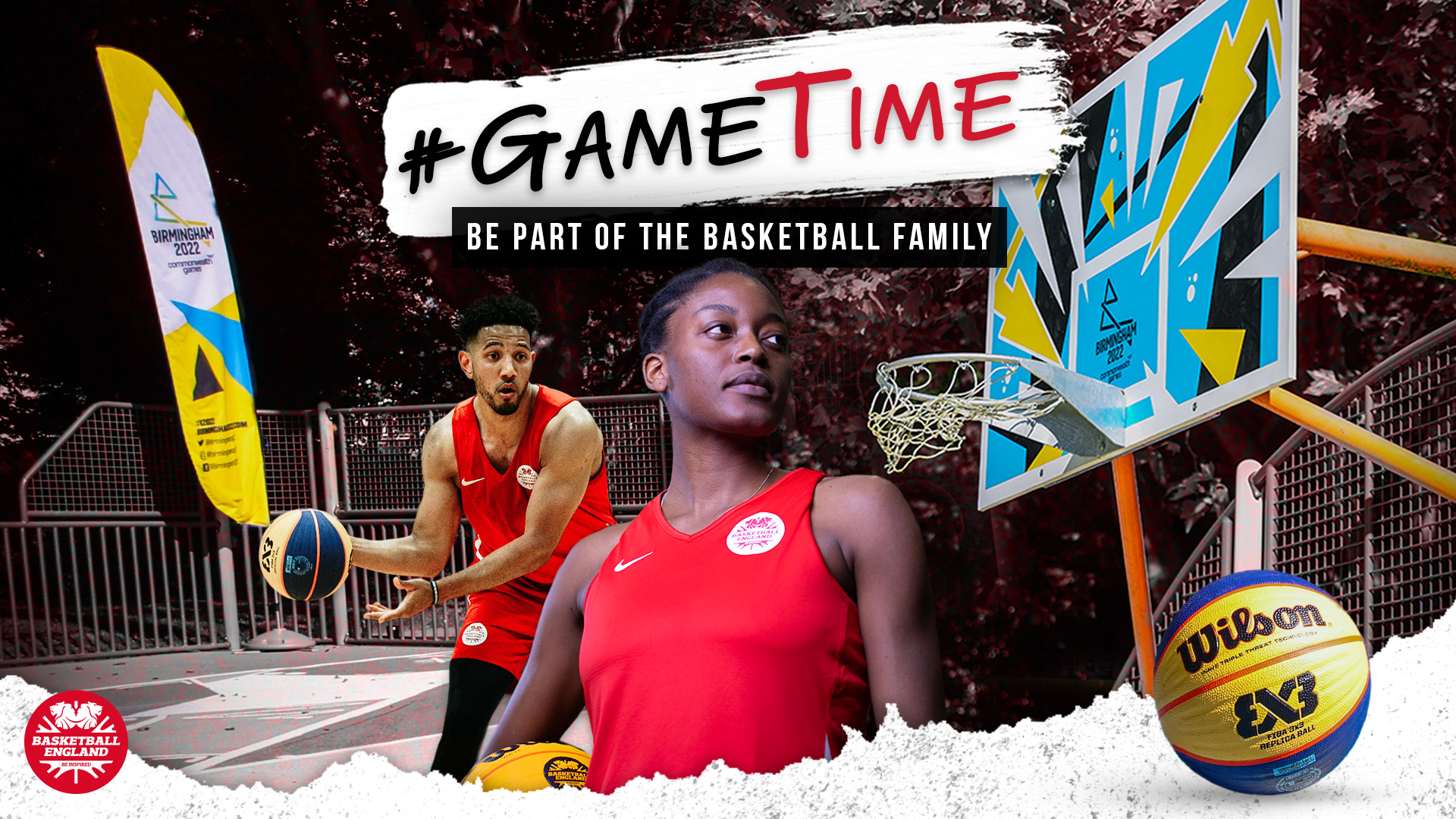 There was collaboration on the same basis in 2021 when GB teams, made up of English players and supported by BE, played in the Europe Cup and the FIBA 3x3 U23s Nations League.

The senior women took to 3x3 competition impressively with a dazzling qualifying run at the FIBA 3x3 Europe Cup Qualifier 2021 in Romania before heading to the Finals in Paris.

The men’s team was a surprise package too in Romania where, as 12th seeds, they finished fifth, highlighted by a stunning 18-9 upset over fourth seed Hungary.

“We are excited to collaborate again with British Basketball to further strengthen the 3x3 form of the game as we look forward to Birmingham 2022.

“The success of the GB teams last year, alongside grass roots 3x3 activity at home such as the Ball Out Tour, helped improve GB’s world ranking significantly.

“And it gave prospective Team England players valuable experience in competing and winning in this form of the game. By doing the same again, it will help us in our aim of Team England success at the Commonwealth Games and further building GB’s ranking on the road to Paris 2024.

“It will also provide role models and encouragement to help 3x3 grow even more across the country. It’s an exciting time.”

“We are at the start of a new journey for the British Basketball Federation following 2020’s Progression lottery funding award, which has specific targets to re-establish the BBF, continue the improvements in both the women’s and men’s games and look towards Paris 2024 for basketball.

“What better way to do that than again working in collaboration with the home countries, especially Basketball England the host nation, towards the Birmingham 2022.

“This collaboration with BE, alongside work with Basketball Wales and Basketball Scotland, helps enhance preparations for Commonwealth Games, grow 3x3 across the nation and build for the future.”

The action in Romania for the qualifying tournament will feature GB alongside the following teams.

Qualifiers will be played with a round robin with four pools followed by a direct elimination starting with quarter-finals.

In the men´s category the winners of the semi-finals will qualify to the FIBA 3x3 Europe Cup 2022.

The pools will not be determined through a draw but will be automatically created through the 3x3 Federation Ranking of the participating teams in the respective category as of March 1, 2022.

We aim to engage 1 million people in basketball using the Commonwealth Games 2022, 3x3, #ProjectSwish and more.

Regardless of age, gender or background, across every part of the basketball community.... It's #GameTime!