Lamar Roberts has been making difference and creating opportunities through the power of basketball for more than a decade.

And his Right Development Foundation has come a long way in 11 years.

What started out with the then 17-year-old walking the streets of London with a rucksack to hand out care packages to the homeless, now sees him lead a team that has an impact on hundreds of young people in the capital.

The driving force behind the foundation’s rise was not only to make a difference to those around him, but to overcome his own setbacks.

Lamar lost his mother to cancer at just four years old. Aged 17, he discovered something that would change his life forever.

“I found a letter from my mum, which said ‘do your basketball, son. Don’t forget that I love you and be good for your family’,” he told Mark Jones on the Basketball England podcast.

“It was like a life changing moment for me, as I wanted to do more for myself. I was in a place of depression and suicidal thoughts at the time.

"I went down to Newham Youngbloods where Coach Steven and Coach Caroline took me in with open arms.” 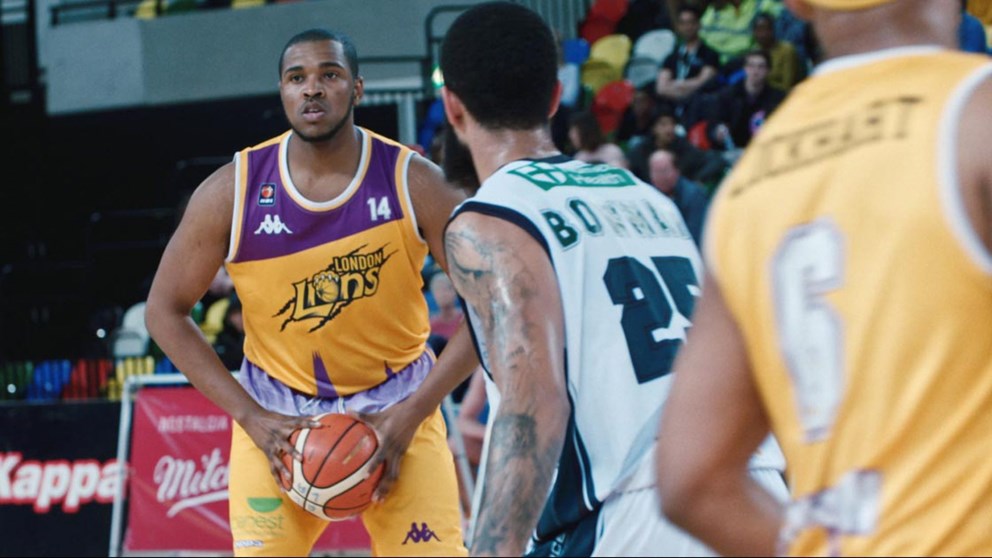 That was just the start for Lamar, who was able to flourish both on and off the court.

He went on to win a league and Cup double with London Lions in 2019 and said the campaign “gave him some brothers for life”.

He added: “That team looked out for each other, it was just a great environment to be around.

“What’s special is you make friendships along the way. There are people at Youngbloods that I still speak to now, it’s good to keep those bonds.”

Lamar has put his career on pause to focus on his young family and the RDF, but when asked if he is likely to return to the court. He said: “I’m probably going to be playing basketball until I can’t walk anymore!”

'An arm of support'

Lamar’s personal experiences gave him the incentive to be of help to other young people who he knew would be facing similar issues. His attitude was simple: “If I can overcome these things, so can you.”

His experiences and foundation proved invaluable through the COVID-19 lockdowns put in place. Workshops on nutrition, violence and E-safety were held as well as talks from star friends such as Justin Robinson, Ashley Hamilton and Melita Emmanuel-Carr.

“They motivated them – they motivated me!” he said. “We needed to make sure that we were keeping ourselves upskilled and trying to better ourselves through these times so we can also be impactful in the community.”

Impact on the community

Even though the basketball side of things have developed with a series of RDF age-group teams now plying their trade in both local and the National Basketball League, Lamar still ensures they are out there helping the local community.

They work closely with the Anthony Nolan charity where he can share his story and inspire others, while RDF delivered care packages earlier this year and even had support from the Mayor of London.

More recently, Lamar partnered up with Gareth Roberts, director for Project in the Paint and Pink Lady Apples, along with artist Coco Lom, to bring some colour to a basketball court in Joseph Grimaldi Park, Islington.

You can watch to the wide-ranging interview with Lamar Roberts from earlier this year on our YouTube channel or listen wherever you get your podcasts.

More from the Timeout Podcast