The game is traditionally a team sport and the aim is to score more points than the opposing team by getting a ball in the opposing hoop. This can be done by throwing the ball from any part of the court, with either one, or both of your hands.

The great thing about basketball is, although it’s a team sport when competing, you can practice on your own, with one friend or a whole bunch of people. All you need is a ball and a hoop and you’re ready.

THE BASICS OF THE GAME

You might know more about the game now you’ve read a little about it, or played it, but how did the sport began? You probably won’t be surprised to learn that basketball has come a long way in 100 years!

In early December 1891, James Naismith, a Canadian physical education teacher at Springfield College in Springfield, Massachusetts invented an indoor game called basketball. He invented the sport to keep his students from becoming bored during the winter.

Naismith wrote the basic rules and then nailed a peach basket onto a 10-foot tall pole. Unlike modern basketball hoops, the bottom of the peach-basket was still there, so after a point was scored, somebody had to get the ball out of the basket with a long stick. Over time, people made a hole at the bottom of the basket, so the ball could go through more easily.

Since the rules hadn't been formally written, there was no maximum number of players back then unlike today. This also meant that there were no set rules to the game; Naismith only observed and changed the rules accordingly. 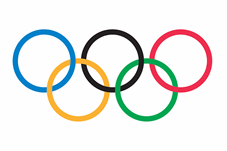 Basketball has been played in the Summer Olympic Games since 1936. 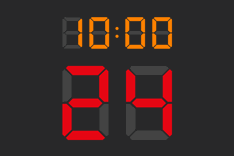 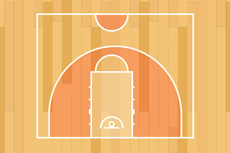 The first basketball game took place in 1892, where the court was half the size of what we have today.