“You do know that you are biased don’t you?” Chris Hallam, basketball coach, CH Coaching Solutions examines unconscious bias.

During the recent debates around inclusivity and diversity, the idea of unconscious biases within our thought processes has been brought to the forefront.

I have had so many conversations with people - contacts, colleagues, friends, relatives, strangers and others - over the last few weeks about how unbiased they are and how they notice bias in others.

My response has always been the same:

“You do know that you are biased don’t you?”

To be clear, the first two conversations were much more challenging than the third one!

Let’s be frank, whether or not you are prepared to believe that you are biased, you are. Your unwillingness to accept that fact is a significant limiting factor in personal growth.

Let me explain why.

For many years we have known that the brain is a great pattern maker. In fact, the only way for it to process all the data it receives is to drop the information into pre-prepared pathways.

Our best guess is that the brain handles around 11 million bits of data per second and that we are capable of consciously processing around 50 bits per second. It's no surprise then that to compress 11 million bits down to just 50 bits that we will actually think about, there is an awful lot that happens down these ‘unconscious pathways’.

However, to think that the unconscious nature of the processing of information means you can’t do anything about it is a mistake. In fact, it’s probably more accurate to say you built the pathways that enable the brain to work in this way.

So, how did you pick what information you choose to push down a pathway and which to spend time thinking about? Well in simple terms you create some ‘rules’ that the brain uses to filter the data.

These rules are where the potential for bias exists.

The rules you will choose can be seen as being a result of a huge number factors which you have been exposed to during your upbringing and the influence that society and culture has had on you.

Certain choices and opinions come to us in ways that may seem natural and logical, but they are a result of social structures and habits, not nature. Making assessments based on these biases can often lead to mistakes and so we need understanding that this is the best way to avoid the error in the first place.

Below are some types of effects to look out for when reaching decisions:

Contrast Effect – “She is better than her at that”

In high performance sport; where squads are built based on the ‘starting team’ philosophy, we often see a contrast effect. The best teams find roles that fit the capabilities of the humans…not the other way around.

Conformity Effect – “You agree with me on this one, right?”

The conformity effect refers to the ability of the humans around you to influence your choices by means of your desire to conform to their views. There is nothing wrong with seeking other’s views; cognitive diversity in decision making is critical to success.

However, when we value the views of others the ‘watch out’ here is…that if you haven’t selected the opinion givers based on their cognitive diversity, you are simply amplifying their biases and / or your own. Having a confidante who “thinks like me”, probably means you have a conformity bias. 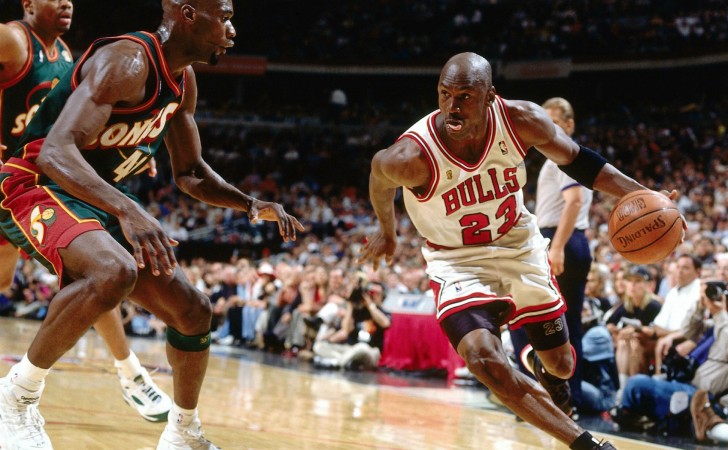 Confirmation Effect – “I told you so….I knew it”

The confirmation effect refers to our tendency to look for evidence that backs up our opinions.

This can be a particularly challenging bias to deal with because of the apparent weight of evidence that back up our choices.

A shining example of confirmation bias was the quote by Chicago Bulls representative on the drafting of Michael Jordan where he said. “I wish he was 7ft tall”.

At that point all the dominant teams in the NBA had an abundance of 7ft players and hence the belief was you needed to be 7ft tall to dominate the league. As Jordan wasn’t - how could he? Confirmation bias led to him making that statement, probably one of the most inappropriate statements in sports history.

Attribution Effect – “I am successful because I play to my strengths”

However, when assessing others, we tend to think the opposite. We attribute their successes to them receiving help and their failings happened due to a lack of innate ability.

Being clear on the real cause and effect of the outcome is the only way to avoid this bias and if you want a clue, it’s probably you!

Affinity Effect – “there is something about that guy that I like”

The affinity effect makes us favour people that we feel like we have a connection to.

For example; coming from the same hometown, attending the same college, the fact that these people remind us of some other person we know and like etc, could all lead to a bias. Affinity bias happens quite often. It makes us value people we share a simple connection with more than those where we do not.

So, now we know about these effects, what do we do about them?

The key point here is that these effects play out in our lives and develop into the rules that your brain uses. It creates the pathways it needs to filter out the decisions it will unconsciously take. This is why it feels like we have no biases when we do.

Here is an offer from me: