Basketball England is excited to announce the appointment of Steve Bucknall as Performance and Technical Manager.

Following a rigorous recruitment process, the board appointments panel were unanimous in their choice to select Bucknall, who enjoyed a distinguished basketball career, most notably being the first Englishman to ever play in the NBA, suiting up for the Los Angeles Lakers. 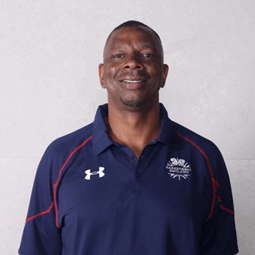 With his appointment, Bucknall will now help basketball in England move forward with the implementation of our talent plan to create a world class talent system as outlined in our Strategic Plan: Growing BasketbALL TOGETHER and support the growth and development of players, coaches and all that work with talented people in the sport.

On his appointment, Steve said: “I am delighted to take up this role at Basketball England and apply all my knowledge, skills and determination to help others succeed and help take the sport forward. I am looking forward to working with national teams, clubs, coaches and staff, officials and volunteers who work in talent and at community level to raise standards and support young people to develop.

“Basketball changes lives. I am very excited about using the power of basketball in this role to help more young players engage in the sport and fulfil their own ambitions in life.”

He left England for the USA in 1985 as a teenager for high school in Boston. In that same year, he achieved recognition as a McDonalds All-American which rated as one of the top 20 high school players in the U.S.

Bucknall went on to play at the University of North Carolina under legendary coach Dean E Smith where in his senior year in 1989, he won the ACC title and was named MVP.

After a year with the Lakers during the 1989-90 NBA season, Bucknall returned back home for a year before enjoying spells in Germany, Greece, Italy, France and finally ending his glorious playing career in England with the Leicester Riders.

Internationally, Bucknall has won 92 caps for England, captaining them from 1997-2002, adding a bronze medal from the 2006 Commonwealth Games to his list of accomplishments and he has also secured 22 caps for Great Britain.

Following retirement, Bucknall has entered the coaching world, where he is currently the head coach of Lewisham Thunder. He is also a Regional Talent Manager for London and is the founder of Bucknall Essential Skills.

Basketball England Chair, Clare Wardle, said: “We are all delighted to welcome Steve to this role. He is totally committed to basketball and he will help us deliver the step change we need.”

REVIEW - Worthing & Bristol pick up vital wins as the title races heat up!