Five NBL Division One teams will take part in the 2021 BBL Trophy.

Derby Trailblazers, Hemel Storm, Reading Rockets, Team Solent Kestrels and Thames Valley Cavaliers will line up along side the 11 BBL sides as part of a 16-strong field.

The draw was made on Thursday evening with live on the BBL Facebook page with Derby and Solent facing off at the home of the Trailblazers, while Hemel face Cheshire Phoenix away, Reading will travel to Glasgow Rocks and Thames Valley will visit the Surrey Scorchers.

Every club will be looking to book a place in this year's final at the Emirates Arena, Glasgow, the long-term home of the competition dating back to 2013 with the first-round ties taking place in early February.

NBL teams enjoyed success in last year's competition, with Worthing Thunder beating Manchester Giants in round 1, whilst Solent made a fairytale run to the final before coming up just short following a heart breaking 96-94 OT loss to Newcastle Eagles. 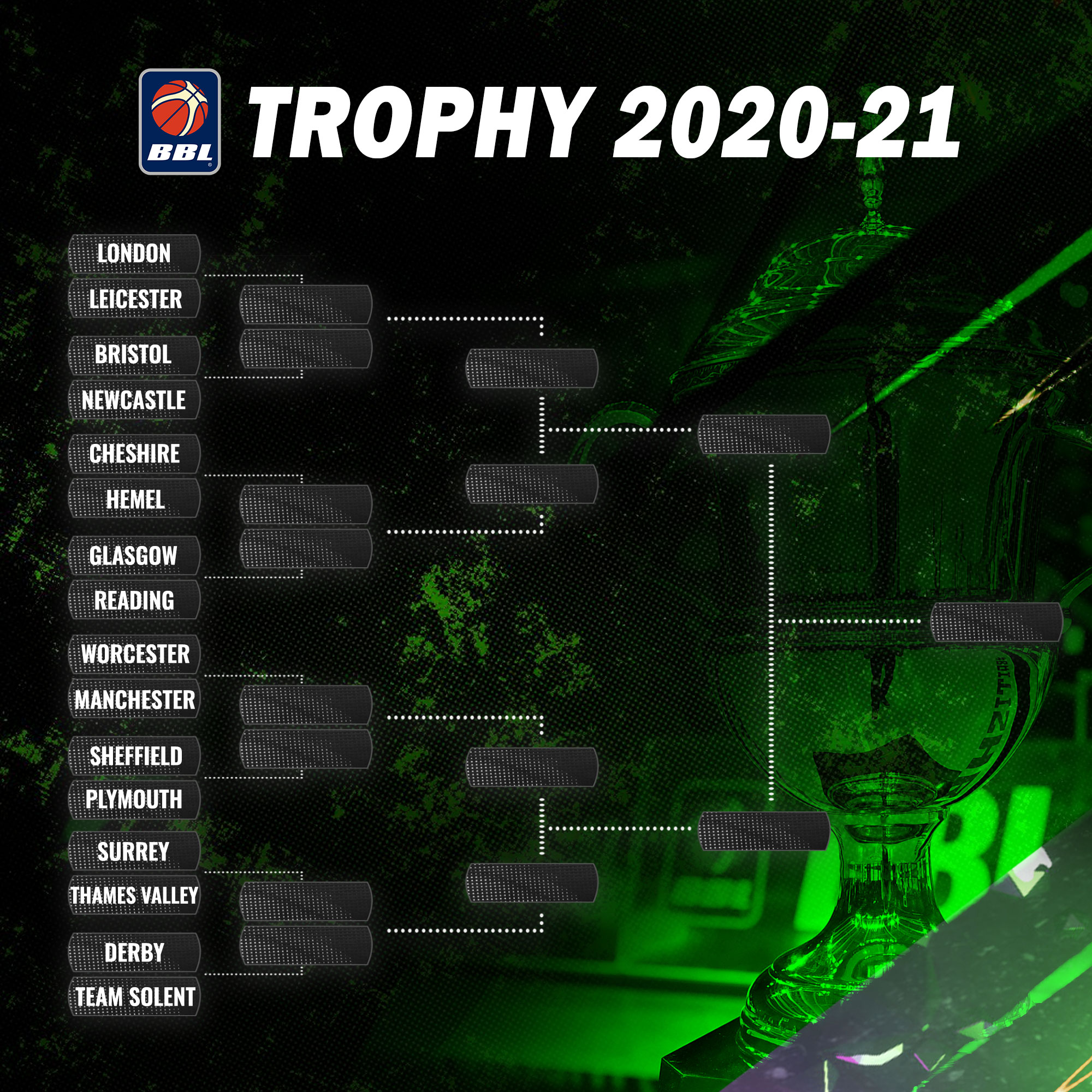 Test at the next level

"We are obviously very excited to be part of the BBL Trophy competition again," said Solent head coach Matt Guymon.

"It’s great opportunity for our guys to test themselves against the next level."

Worthing and Solent have entered the competition for the last two seasons, with Manchester Magic, Team Northumbria and Loughborough Riders all taking part in 2017.

Reading and Derby will both be taking up a spot in the tournament for the first time since 2016.

Derby head coach Matt Shaw added: "We are delighted to have been invited into the BBL Trophy again after not having the opportunity for a few years.

"Having seen how well Solent did in the competition last year I suspect some of the BBL teams might be a little make wary of the NBL teams this season.

"It’s a fun competition for us to enter, kind of a free swing, so we'll be looking forward to taking that shot."

For Thames Valley, this will be their first opportunity to play in the BBL Trophy. Head coach Robert Banks is looking forward to the experience, both for his team as well as for the Cavs' fans.

"We're excited and feel honoured to be competing in the BBL Trophy," said Banks, who's team finished second in D1M behind Solent last season.

"We finally have our team back healthy and look forward to the competition, which should be very interesting for the fans as well."

All 16 teams compete in the single-game first round. The quarter-finals are also single-leg ties while the semi-final round takes place over two legs for the remaining four teams.

Details of the dates and times for first round games will be announced once the draw has taken place.

Find out more about the BBL Trophy

Newcastle secure fifth win on the bounce in Glasgow

'It's been a real challenge' - Coaching elite basketball during a pandemic