Chris, a content producer, YouTube host and commentator, casts his eye over the five games involving NBL Division One teams, to select his Player of the Week and four other standouts to make up his Team of the Week as well. 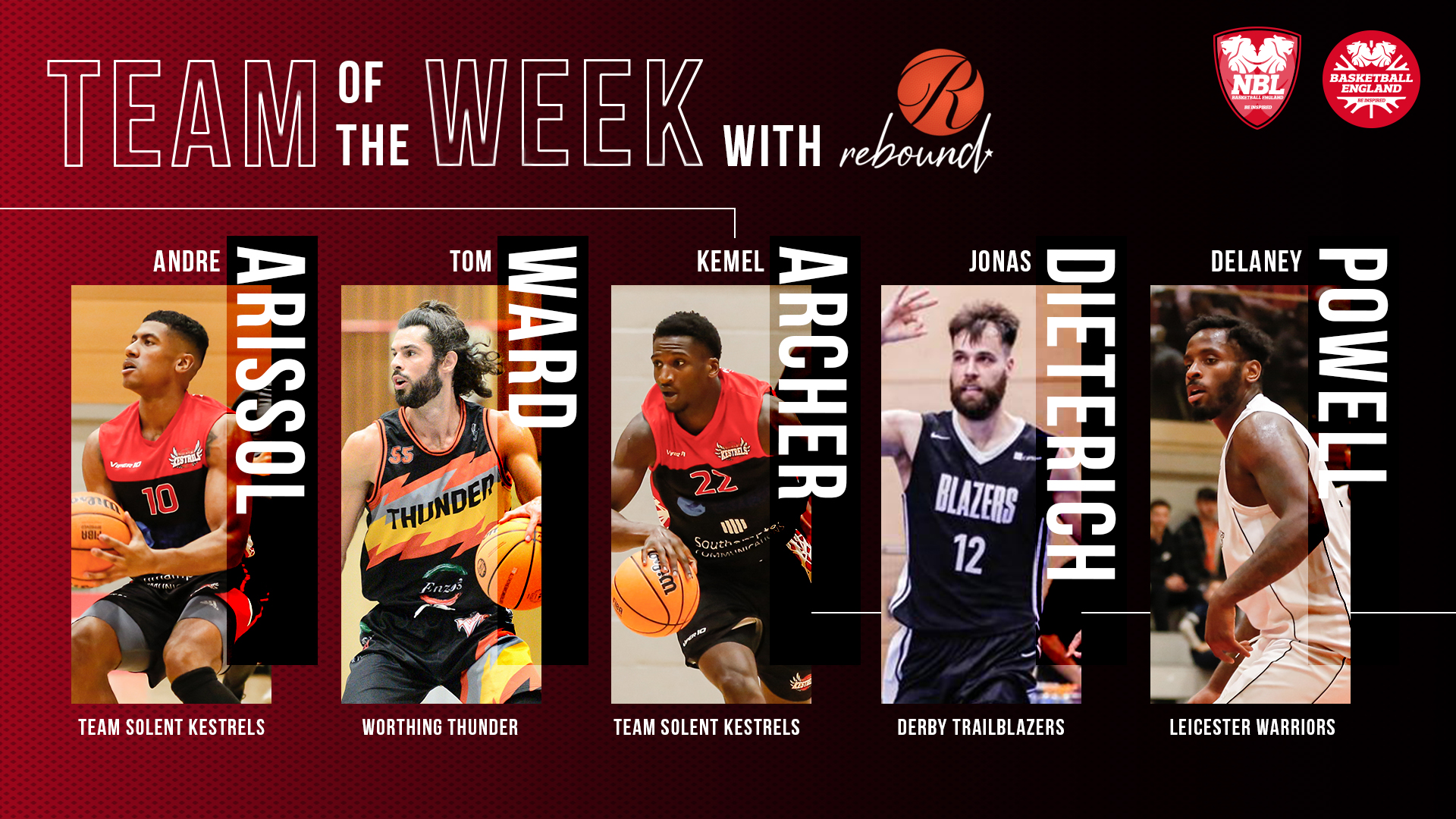 The reigning DPOY was unstoppable at the weekend as he raced to 28 points from 26 minutes off the bench.

From beyond the arc Arissol was cooking with six threes from eight attempts.

The sharp-shooting reigning L Lynch Trophy finals MVP opened up the spacing for his peers to capitalise as Solent’s team shooting percentage was a video-game nice 63% from inside and 45% from three-point range.

Arissol’s influence was clear to see, as he finished head and shoulders above his peers with a +/- of 46. The former Chaminade star ensured that Solent would not be another scalp for this young Lions side.

Tom Ward put in a ‘Player Of The Week’ calibre performance leading his side to a psychological win versus Newcastle to further cement their title ambitions.

In a tight game the third quarter was key as Thunder put in a 31-25 performance with Ward one of the leading performers contributing 5p/3r/4a .

Kemel Archer only needed 15 minutes to put in a performance to vie for Player of the Week status. The versatile forward put in a routine double-double performance shooting a nice 7-10.

Solent got 16 second-chance points and the bulk of that was thanks to Archer who recorded 10 offensive boards.

If Solent can defend their crown, a lot of plaudits will go to Archer who has made an amazing impact in such a short time.

NBL1 recap: Five games over the past weekend didn't disappoint, with three going into triple digits to make for an exciting week 8

It was always going to be tough for Oaklands against a top Derby side. It was made even tougher with former Loughborough star Dieterich netting nine times from beyond the arc at a 56% success rate.

He got to work early with 12 first-quarter points dictating how the game would play out as the Trailblazers raced to a 34-point half time lead.

The most efficient performance of the season so far wasn’t enough to help Leicester get a win from a game they may look back on with regret as they narrowly lost to Bradford.

The margin could have been worse if not for Powell. The former Hoods’ veteran was on fire leading all scorers while shooting efficiently.

Powell also impressed getting vital offensive boards and steals and was one of the main reason his side recorded seven points from turnovers and 16 second-chance points.

TEAM SOLENT KESTRELS WERE IN THE ZONE

Solent seemed to have found last season’s rhythm as they passed the ball with speed, confidence and a hint of swagger as they produced a 58-point blowout win.

They really put the knife in with 41 points from Lions’ 28 turnovers.

Lions are no pushovers, sitting in fifth in the run up to this game after beating Nottingham at home, but Solent were on their A-game and passed this assignment with flying colours.

Lions really tried to full-court press Solent from the start on pretty much every possession, sometimes with a double team, buts Kestrels handled it calmly.

THUNDER STRIKE AGAIN TO KEEP UP WITH SOLENT

A five-point win versus top-four contenders Newcastle means they are joint-top with an 8-1 record.

Newcastle are a side renowned for having top-quality shooters – and they all turned up on Saturday to help their shoot 55/48/76. Worthing had to find a way to beat them.

Dan Clark: GB win over Greece would be huge