In 2019, GLL – the UK’s largest charitable leisure social enterprise - is set to support more than three thousand athletes through its athlete support programme, the GLL Sport Foundation. Applications are now being accepted and close on 20th February 2019.

The GLL Sport Foundation (GSF) supports athletes across 73 areas of the UK. Supported athletes can benefit from financial support, physiotherapy, a ‘Better’ Gym membership and more. In 2018, GLL support more than 100 Basketball players and in 2019 is investing over £1.6 million into the development of local athletes who aspire to follow in the footsteps of athletes such as Joe Ikhinmwin, Will Saunders and Paul Guede.

Supported ambassador Joe Ikhinmwin explained how the support has aided his journey and can to thousands more, “GLL have supported me for the last 5 season and without their support I would be unable to maintain the level the high level I have sustained since becoming an ambassador."

"Last season the London Lions, captained by myself, won our first championship since moving to the Copper Box Arena and with GLL's support I will be able to continue to lead the charge. I was also selected for the 2018 Commonwealth Games England team which was a huge honour. Training support, financial support, and facility support make a huge difference to my daily life and the ability to maintain my high level of athleticism. I will also continue to be an ambassador for GLL as they have supported me and I own much of my success to them.” 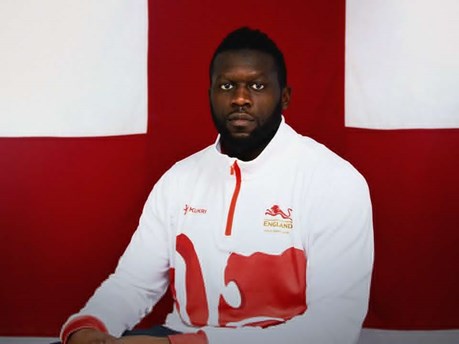 In 2018, 70% of the GLL Sport Foundation’s supported athletes were under 21 years old  and 93% received no other funding; the impact of the Foundation is significant and highlighted by GSF Patron Sally Gunnell OBE.

Sally Gunnell OBE, still remains the only athlete to hold consecutive Olympic, World and Commonwealth titles. “I understand how important our support from the Foundation can be to the realisation of sporting ambitions. This is ever more important today with centralised sport funding being squeezed further; we are an important resource in bridging the gap for young aspiring athletes. Support to these young athletes also goes beyond the field of play. It has an educational value by promoting the opportunity that sport can bring and promoting the benefits of healthy lifestyles to positively impact their local communities.”

Over its 10 years, the GLL Sport Foundation has invested over £9 million supporting athletes, providing more than 16,000 awards. This support has yielded a staggering 33 Olympic and Paralympic medals for GSF athletes. Athletes can join this prestigious group by applying for support in 2019.

Applications are open until 20th February 2019 and can be submitted via the website portal from the button below.

PREVIEW - Loughborough take over the NBL with home double-header this weekend!